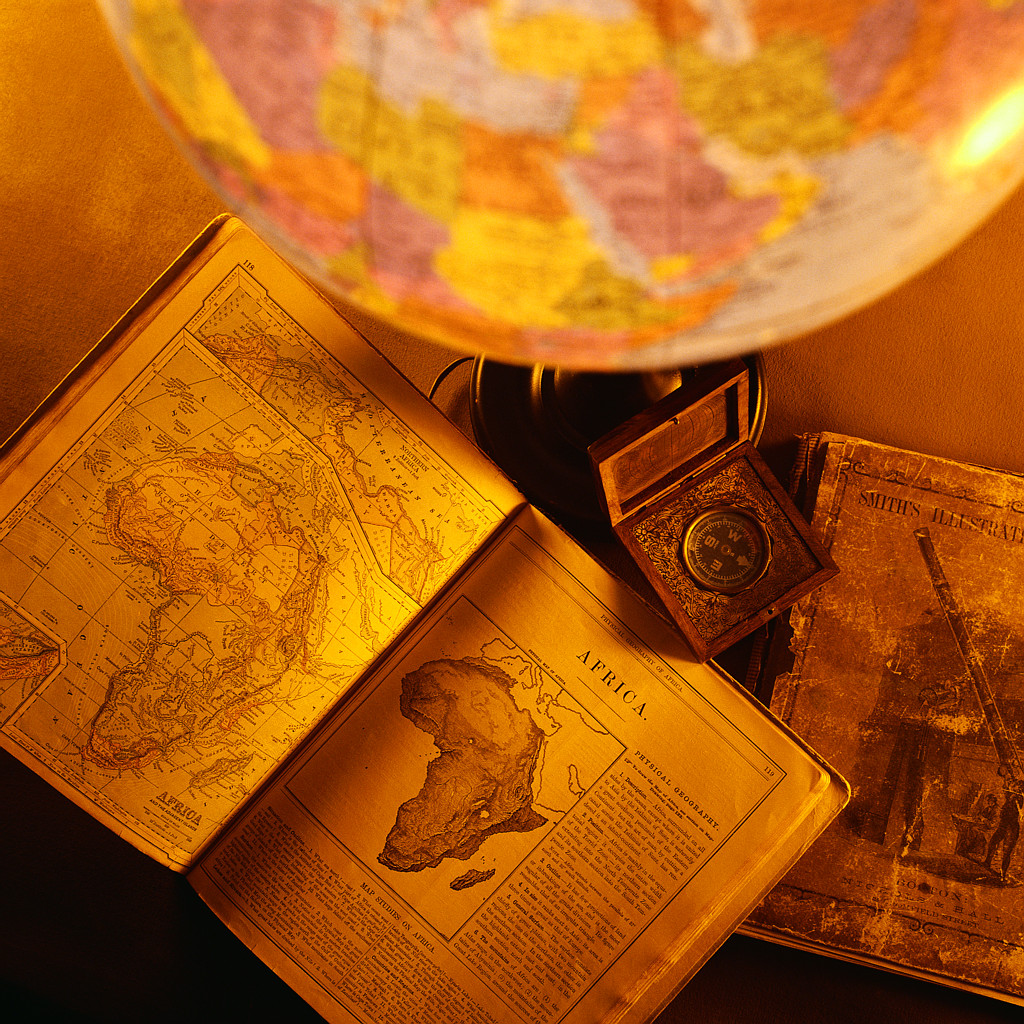 Africa has 54 sovereign countries—the most on any continent—and is the second largest continent in terms of both land area and population. Africa is bounded by the Mediterranean Sea to the north, by the Atlantic Ocean to the west, by the Red Sea to the northeast, and by the Indian Ocean to the southeast. Africa is a vast continent spanning over 8,000km (5,000 mi) north to south and 7,500km (4,800 mi) east to west (not including islands) and contains a wide array of peoples, skin colours, religions, and cultures. Africa contains the world’s longest river—the 6,650km long (4,100 mi) Nile River running from Burundi to Egypt—while the Congo River in the DRC is the second largest in terms of discharge as well as the deepest with a depth of over 230m (750 ft) in some spots. Tanzania’s Mount Kilimanjaro is the world’s tallest free-standing mountain at 5,890m (19,340 ft). Djibouti’s Lake Assal is the second lowest point on Earth, the saltiest lake outside Antarctica, and one of the hottest places on Earth.

Africa’s population is the youngest amongst all the continents;]the median age in 2012 was 19.7, when the worldwide median age was 30.4. Algeria is Africa’s largest country by area, and Nigeria by population. Africa, particularly central Eastern Africa, is widely accepted as the place of origin of humans and the Hominidae clade (great apes), as evidenced by the discovery of the earliest hominids and their ancestors, as well as later ones that have been dated to around seven million years ago, including Sahelanthropus tchadensis, Australopithecus africanus, A. afarensis, Homo erectus, H. habilis and H. ergaster – with the earliest Homo sapiens (modern human) found in Ethiopia being dated to circa 200,000 years ago. Africa straddles the equator and encompasses numerous climate areas; it is the only continent to stretch from the northern temperate to southern temperate zones.

Africa hosts a large diversity of ethnicities, cultures and languages. In the late 19th century European countries colonized most of Africa. Africa also varies greatly with regard to environments, economics, historical ties and government systems. However, most present states in Africa originate from a process of decolonization in the 20th century. African nations have attempted to cooperate through the establishment of the African Union, which is headquartered in Addis Ababa.

Scroll back to top